Former Minister of Education, Oby Ezekwesili, Executive Secretary Universal Basic Education, Hamid Bobboyi and United Nations, Humanitarian   Coordinator/UNDP Resident Representative, Edward Kallon, along with other speakers, at the 2017 Wole Soyinka Media Lecture Series and launch of the Regulators Monitoring Programme (REMOP), held in Abuja yesterday, agree that the Nigerian child is at a disadvantage, when compared to their counterparts around the world, due to poor basic education standards compounded by lack of electric power supply, which obtains in the country.

The speakers therefore, urged the Federal Government to eliminate impediments to the fundamental right of the Nigerian child to quality education.

Hamid Boboyi, who was a lead speaker for the lecture themed, “Light Up, Light In: Interrogating the nexus between electricity and basic education”, noted that part of the problems bedeviling the success of basic education in Nigeria is the absence of accurate and current research-based data to enable the government capture relevant statistics like that of out-of-school children, teacher-students ratio and students-classroom information, across the country.

Bobboyi also lamented the low compliance of states in paying their counterpart funds to access the matching grants from UBEC. He worried that states will continue to thwart the basic education drive if they fail to draw medium term action plan to guide their implementation of the programme. “What they used to do in the past is to come up with a long term plan spanning ten years or more, but now, we are insisting that they draw a five-year medium term plan that shows what they can immediately achieve with the intervention funds they receive from UBEC”, he said. 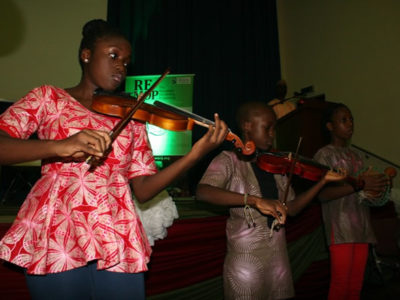 The second keynote speaker and former Chairman of the Nigerian Electric Regulatory Commission (NERC), Anthony Akah, noted that even though electricity is central to all aspects of human lives and a key driver of successful basic education, low investment, poor infrastructure and the penchant for private investors to flout operational regulations have worsened the sector more than ever.

Edward Kallon from the UN offered a regional comparison of electricity and basic education in Sub-Saharan Africa, revealing that about 65 percent of schools in Nigeria lack access to electricity and this makes learning extremely difficult. He concluded that energy has, and will continue to be a tragic reality for African nations, including Nigeria, if drastic steps are not taken to address the situation.

On her part, Oby Ezekwesili emphasised the need for an integrated development approach that considers issues like basic education and electricity as parts of the whole rather than individual subjects. She advised that the Operation Reach All Secondary Schools policy she initiated while at the Federal Ministry of Education be resuscitated to enable government collect direct data on schools. She also asked that the public schools in the country be mapped to ascertain the ones close to power grids so that communities and pressure groups can begin to demand for compulsory electrification of these schools to improve learning. 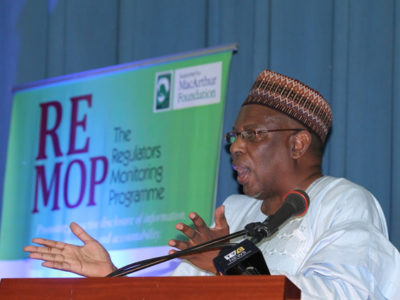 Ezekwesili encouraged Motunrayo Alaka, Wole Soyinka Centre for Investigative Journalism (WSCIJ) Coordinator, who launched the REMOP at the event, to use the initiative to give a voice to the Nigerian child. She also called on all stakeholders to bear in mind the fact that Nigerian children are not competing among themselves but with their colleagues around the world who have access to power and the latest technology that enhances learning. In her words, “Now the world is embracing artificial intelligence, robotics, simulation and the Internet of things, how do you expect these kids to compete when they don’t even have power to study?”

Project Manager, Power Africa at the United States Aid for International Development (USAID), Imeh Okon, however argued that a lot of schools in the country have bigger amenities deficiency issues than electricity. She observed that some schools might be difficult to connect due to their location and the economics of power availability. She also encouraged government to make conscious efforts to power households so that the children may have the opportunity to study after school hours.

Olabisi Obadofin, Professor of Counselling Psychology, Lagos State University (LASU), enriched the discussion with her explanation of the psychosocial impact of lack of electricity on students. In addition, she pointed to the fact that the absence of electricity in a community is a deterrent for teachers who may be posted to such areas. 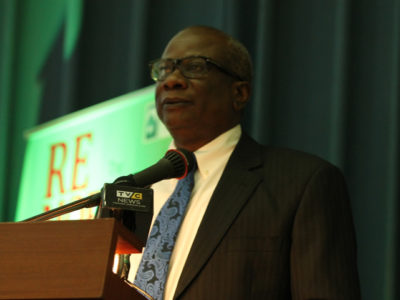 Lending his voice to the role of the media in the mix, Gbemiga Ogunleye, observed that it is unfortunate that the media that should be the watchdog of critical issues affecting the society appears to be slumbering. According to the Provost of Nigeria Institute of Journalism, journalists have disappointed Nigerians with their apparent inability to investigate diverse social problems, including the nature of the President’s health challenge. “The FOI Act is there for any journalist to request for information from any government agencies, yet journalists are not taking advantage of this”, Ogunleye griped.

The event which also commemorated Wole Soyinka’s 83rd birthday, was an opportunity for students of various schools in Abuja and other participants to receive some orientation on their rights as it relates to electric power supply as Chinedum Ukabiala, the Deputy General Manager, Planning and Research Strategy for NERC, took time to explain channels of seeking redress on matters of overbilling, unavailability of prepaid metres and other related issues through the provisions of law.

Ropo sekoni, Board Chair of the WSCIJ, laid the foundation for the meeting when he presented a welcome address full of grim data on the unacceptable illiteracy level of most Nigerian children and the complication their lack of access to electricity brings to this. He therefore called on the government and all stakeholders to commence the immediate provision of solar power for all schools.

The REMOP initiative, supported by the MacArthur Foundation, seeks to foster proactive disclosure of information, transparency and accountability among regulatory institutions in Nigeria through the active engagement of the media and other partners.

Op-ed: Africa Should Rethink Business Models for Impact and Sustainability

By Babatunde Oyateru | Corporate Identity Crisis It is no secret that humans anthropomorphise everything; perhaps it is down to the...
Read more
0

We Need to Strategise to Address Emerging Security Threats — Gbajabiamila

...says House ready to do more despite successes recorded The Speaker of the House of Representatives, Rep. Femi Gbajabiamila, has...
Read more
0

USAID has chosen Pact, along with IREX and our consortium partners, to lead two new regional programs, each titled Civil Society...
Read more
0

Serene EARLY-TROBB Concepts will be organizing a One-day conference for teenagers and young adults on Mental Health and Menstrual...
Read more

We Need to Strategise to Address Emerging Security Threats — Gbajabiamila

...says House ready to do more despite successes recorded The...
Read more
- Advertisement -